He was the second child of Ralph Chesick Lasbury and Eloise Thrall. Lasbury Senior was one of Connecticut’s important broadleaf tobacco growers. At one point, he had 500 acres of broadleaf growing. 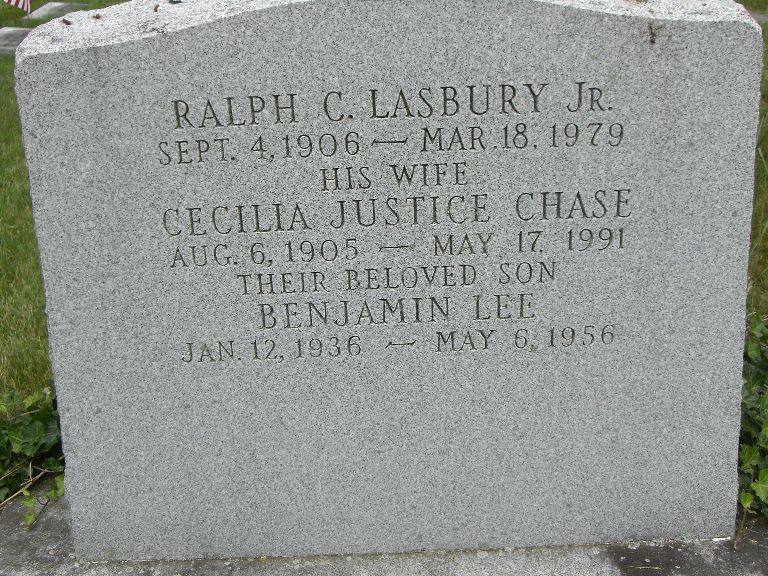 As a young boy, Ralph C. Lasbury, Jr. worked tobacco every summer. After high school, he went to Rollins College in Winter Park, Florida. He then worked for his father at the South Windsor Tobacco Company.

In the early 1930′s, Mr. Lasbury worked for Henry Trumbull in Plainville, Connecticut. He developed a type of humus for tobacco beds and received much praise from the shade tobacco growers.

In 1939, he was appointed as the first Chairman of the Connecticut Marketing Authority in Hartford. He held that position until 1978. The Connecticut Regional Market in Hartford was one of his major accomplishments.

Mr. Lasbury was appointed to the Farm Labor Committee of the State Defense Council in 1941. He and a number of tobacco men, including William S. Fuller, Albert Newfield, Lamarr Monroe, and Charles Huntington, developed a code of standards for tobacco workers. Hours, housing, and sanitary conditions were included in the unprecedented code.

On November 30, 1942, Mr. Lasbury was hired as Executive Director of the Shade Tobacco Growers Agricultural Association. The first offices were established at 148 State Street in Hartford, Connecticut.

One of his first duties was to develop a workable labor program. His program included the establishment of attractive youth camps, adult guidance proposals, and a “day-haul” system so that local teachers and students could earn extra money. Also, many corrective regulations were drawn up. These became the basis for the Farm Labor Law of 1947.

Mr. Lasbury’s job as spokesman for the tobacco growers brought him to the State Legislature. He also went to Washington to participate in Congressional hearings on tobacco labor and production problems.

One of Mr. Lasbury’s proficiencies was his public relations work. He and the Association produced a documentary film on shade tobacco. The film served as a teaching tool for the public and the sales people of the cigar industry.

The 1960′s saw more contributions by Mr. Lasbury to the industry. He established the first state licensed hospital in the United States for migrant agricultural workers. In 1968, Senator Harrison Williams of New Jersey inspected the Windsor Labor Camp and said that the association’s operation was the “most enlightened” of any employer group he had seen in the country.

Besides his work in the Association, he had many other interests. Lasbury was the first president of the Connecticut Morgan Horse Club. He served as a director of the Connecticut Antiquarian and Landmarks Society. He was an avid trout fisherman and fox hunter and collected antique duck decoys.